Thurlaston Parish Council would like to invite you to submit nominations for either one or all of the following three awards.

The Environmental Award is awarded to the person/organisation who has done most to improve the appearance or understanding of the local environment.

The Silver Jubilee Award is awarded to the person/organisation judged to have made the most noteworthy... Read More »

A portal is now open for people, organisations and businesses to register offers of support to Afghan arrivals to the UK.

Blaby District Council has committed to assist the relocation of two families of Afghan interpreters or translators who supported British troops in Afghanistan. Afghans who assisted the UK in conflict, their families and those evacuees at highest risk will be... Read More »

The first charging points in Blaby District Council's pay and display car parks are live and ready to use, as part of a project to make electric vehicle owning more accessible to residents.

Johns Court and Enderby Road car parks in Blaby are the first to charging points to go live, with eight bays in each car park exclusively reserved for EV car owners to... Read More »

County Council Highways has agreed to a Temporary Traffic Regulation Order at the above location.

An emergency road closure was required on Church Street, Thurlaston on the 2nd August 2021 for up to 21 days, but the order is expected to be in force for 3 days.

The Temporary Traffic Regulation Order will be implemented for public... Read More »

Julia Smith has been appointed as the new Chief Executive for Blaby District Council.

Julia, who will start in the autumn, will succeed Jane Toman, who will retire next month after spending 15 years at Blaby District Council – including 5 years as Chief Executive.

To whom it may concern,

Leicestershire County Council have recently made some changes to the way customers can now contact us.

The Leicestershire County Council Customer Service Centre (CSC) has introduced a new online enquiry form which can be accessed via our website or here.

Customers using any of the below email addresses will be advised to use... Read More »

The Wildflower Verge Project is being undertaken throughout Leicestershire with the site for Thurlaston located on Desford Road.

Attached is a copy of the survey report and management recommendations undertaken by NatureSpot, with the following details noted in relation to all those verges contained within the project:

Now that we have completed the surveys and analysed the data, I thought you might... Read More »

Please see the information below about the removal of the booking system for the Recycling and Household Waste Sites:

Due to revisions to Government guidance concerning social distancing on July 19th, we are now in a position to remove the booking system for the Recycling and Household Waste Sites on this date. This will mean that... Read More » 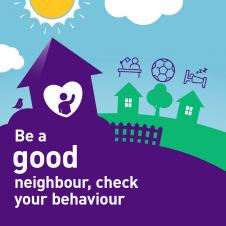 Blaby District Council update: The summer has arrived, and with many residents looking forward to the long evenings and warm weather, issues like fly tipping, neighbour disputes, loud music and parties or antisocial behaviour arise. Some things can ruin people's fun.

Be a Good Neighbour is highlighting the advice and information that helps people approach difficult situations and conversations with... Read More »

After receiving more than 85% backing from local residents and approval by Blaby District Councillors, the Fosse Villages Neighourhood Plan has been adopted.